Eagley Football Club (Formerly Eagley Mills Football Club) can rightly claim to be on of the countries oldest amateur clubs, our existence being traced back as far as 1874. In October 1881 Eagley were Bolton Wanderers first ever opponents in the F.A. Cup. The sides played out a 5-5 draw in the first round of the competition, with Bolton going through in a 1-0 replay. In more recent times the club has gone through a number of changes. Reforming after the Second World War, Eagley entered the Bolton Sunday Schools League and after unprecedented success they moved into the Bolton Combination in the 1958/59 Season.

During the next 10 year period, the club hit the heights on all fronts, including the winning of the coveted Lancashire Junior Shield in 1960, beating Atherton Cols 4-2 in a Replay final at Grundy Hill and the Bolton Combination Championship in 1965/66. The 1970’s saw the club decline until 1980 when a group of local enthusiasts stepped in to try and revive Eagley to some of it’s former glories. In 1981 the club appointed ex Walker Institute stalwart Paul Thompson as Manager with Peter Conroy as his assistant.

This led to a further period of huge success in the combination plus a Lancashire Junior Shield Final appearance, losing 3-2 to Latham & Burscough and an excellent 2-1 Hospital Cup Final victory over Little Hulton. 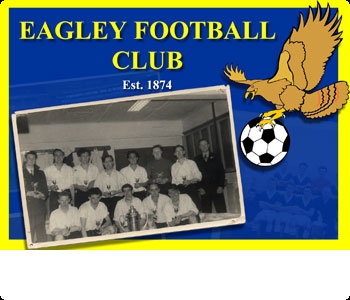 This Saturday sees the Eagles hope to play their f...

The season continued off to a good start on Saturd...

The Eagley FC players have entered a four hour gru...
View All

Lorem Ipsum has been the industry's standard dummy text ever since the 1500s, when an unknown printer..
Linda Lee

Lorem Ipsum has been the industry's standard dummy text ever since the 1500s, when an unknown printer..
George Bailey

Lorem Ipsum has been the industry's standard dummy text ever since the 1500s, when an unknown printer..
Micheal Warner
View All Testimonials